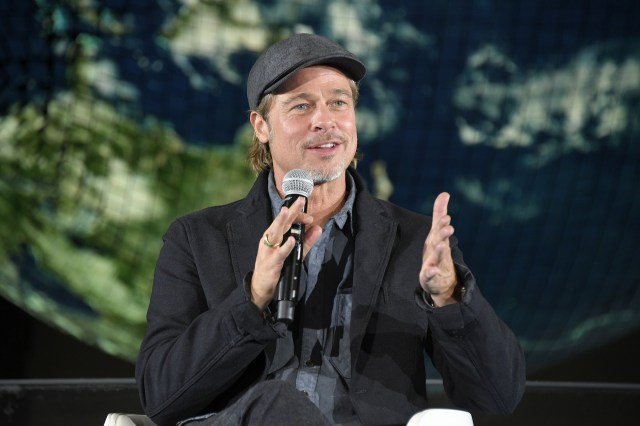 Hollywood star now wonders why we don’t all mask up.

For some, especially those in Asian countries like Japan where they’ve been wearing masks long before the pandemic, it simply makes sense to cover your mouth and nose when these are considered the primary routes of infection.

For others, though, a mask has become akin to a human rights violation, with people citing constitutional entitlements and using unsubstantiated negative health claims as reasons for not masking up.

Admittedly, the World Health Organisation added to the confusion early on in the health crisis, by flipping back and forth between advice regarding mask-wearing during the pandemic. Their updated guidelines now state:

“The general public should wear non-medical masks where there is widespread transmission and when physical distancing is difficult, such as on public transport, in shops or in other confined or crowded environments.”

WHO may be late to the party when it comes to realising the effectiveness of masks in stopping the spread of the virus, but not everyone has been so slow on the uptake. In fact, Hollywood movie star Brad Pitt stopped a press event in Tokyo last year, months before anyone had even heard of COVID-19, to comment on the use of face masks and share his thoughts on them.

Pitt was in Tokyo for the premiere of Ad Astra in Japan, speaking about the movie to the assembled press on 12 September, when he spotted someone in the crowd wearing a face mask. He unexpectedly stopped the interviewer on stage to comment on the mask in an off-the-cuff moment captured in the video below.

In the clip, Pitt says that when he first came to Japan and saw people wearing masks at the airport he initially wondered why they were being “so paranoid”. However, he then goes on to say:

“I came to understand it’s when you have a cold and protecting others and I think that’s so considerate. And I don’t know why the rest of the world…I don’t know why we don’t do that.”

People in Japan do wear face masks to stop spreading their germs on others when suffering from colds and flu, and there are a number of other times they come in handy as well. During hay fever season, or on high-pollution days, they can stop your airways from becoming irritated, and on cold days they can keep your face warm. And if you’re worried about leaving the house makeup-free or with a giant zit on your face, they’ve got you covered, literally.

Whether they’re used for frivolous reasons or in more grave situations, like during a deathly pandemic, face masks shouldn’t become a serious, politicised issue. They’re simply designed to help you and the people around you. And if you’re handy with a pair of scissors, they really don’t have to be…