No, Taylor Swift didn’t call for Statue of Liberty removal

A new museum opening at the Statue of Liberty is giving visitors another opportunity to explore its history and the impact the iconic structure has had on the world. (May 13)

The claim: Taylor Swift called for the Statue of Liberty to be removed.

As demands for local authorities to remove Confederate monuments take place nationwide, Taylor Swift has been falsely accused in social media posts of advocating for the removal of the Statue of Liberty.

A post with over 1,000 shares on Facebook of an alleged screenshot of a news article headline, “Taylor Swift Says We Should Remove The Statue Of Liberty.” Below it reads a misspelled subhead that reads, “How can you have a moment (sic) to freedom that was built by slaves. Racist monuments make me sick.”

The screenshot makes it appear as if the story was published June 18 bya   news outlet in Brazil, g1.globo.com.

The user who shared the claim could not be reached for comment by USA TODAY.

Users on Twitter were also quick to share the claim, criticizing Swift but tweeting that the Statue of Liberty was made by the French and not slaves.

No evidence of story

A Google search of the headline from the post resulted in no matches of an article, and a search of  “Taylor Swift” on G1 brings up no stories about her and the Statue of Liberty.

A search of articles posted on June 18 to the Brazilian news site also resulted in no matches. No results came up after a search of the subheading as well.

However, the news outlet did report on Swift in May, according to its site. But the article was about the singer-songwriter criticizing President Donald Trump on his tweets against protests on racial inequality and police brutality, not about removing the Statue of Liberty. 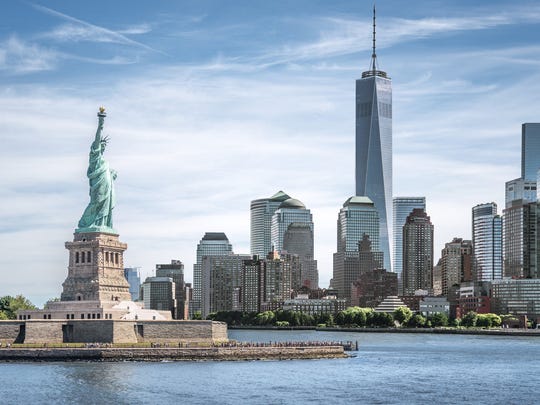 The May 29 story includes an image of Swift similar to the one used in the screenshot of the nonexistent story of her calling for the removal of the Statue of Liberty.

Swift speaks out against Confederate monuments

There is no evidence that the 30-year-old music star called for Lady Liberty’s removal, but she has vocally supported the Black Lives Matter movement and the removal of Confederate monuments in her home state of Tennessee.

“As a Tennessean, it makes me sick that there are monuments standing in our state that celebrate racist historical figures who did evil things,” Swift tweeted on June 12. “Edward Carmack and Nathan Bedford Forrest were DESPICABLE figures in our state history and should be treated as such.”

In her thread of tweets on the topic, Swift also wrote that the removal of Confederate statues “isn’t going to fix centuries of systemic oppression, violence and hatred that black people have had to endure but it might bring us one small step closer to making ALL Tennesseans and visitors to our state…