Red Velvet’s subunit IRENE & SEULGI unleash the ‘Monster’ with their


Fans of Red Velvet went ‘Psycho’ from the SM Entertainment girl group’s release last December, but their latest subunit formation did not help stop them from getting even crazier.

Put Irene and Seulgi from Red Velvet together and the outcome is obvious – Red Velvet’s latest subunit is an indestructible duo. They have just unleashed the Monster with their first mini album which is now available on all major streaming platforms, and even broke a few records within a day. 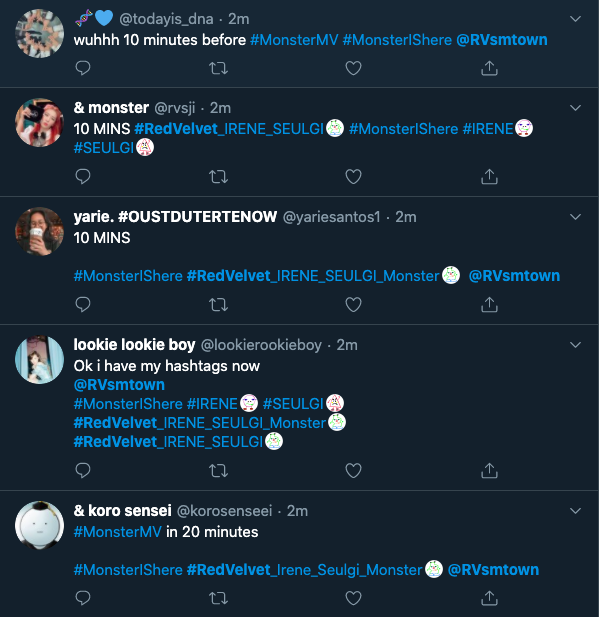 #MonsterIShere is trending #1 in 10 locations:

“Monster” by @RVsmtown Irene & Seulgi is the best selling album by a girlgroup sub-unit on the 1st day on Hanteo. pic.twitter.com/q1OEDnssXX

Monster also broke the record of being the best-selling album by a K-pop female sub-unit group, surpassing that of Girls’ Generation TaeTiSeo’s ‘Twinkle’ in 2012.

Listen to Monster while waiting in anticipation for the music video to drop on Red Velvet’s Youtube channel: