Kanye West caused a deafening outcry on Wednesday after making inflammatory comments about Planned Parenthood, saying the organization was placed in the U.S. by ‘white supremacists to do the devil’s work,’ as well revealing himself to be an anti-vaxxer.

Yet, his wife Kim Kardashian West – who is pro-vaccine and has publicly advocated for Planned Parenthood in the past – has remained silent on the controversy.

During his shock interview with Forbes Magazine following his announcement to run for president, Kanye, 43, slammed the organization – that provides abortion services – adding: ‘I am pro-life because I’m following the word of the bible.’ 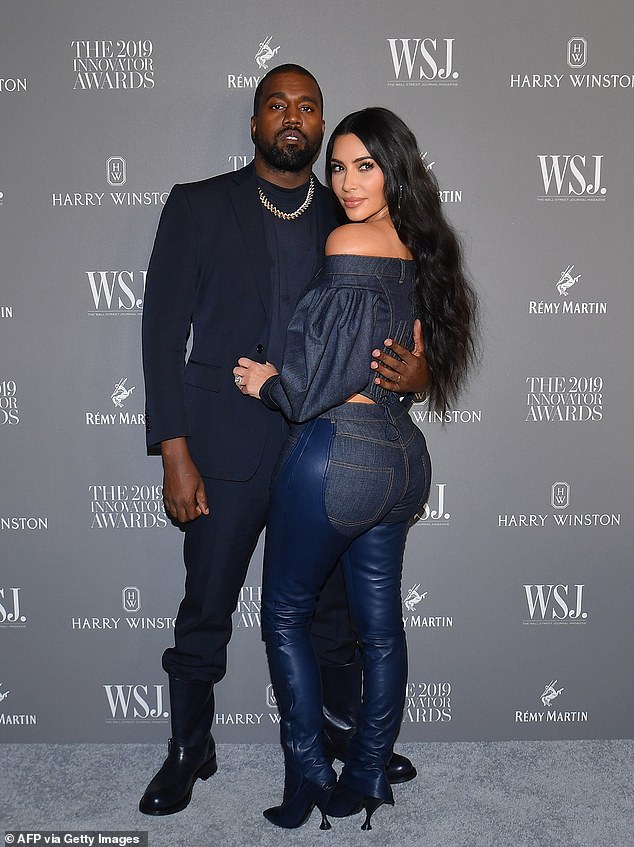 Staying silent: Kim Kardashian West (above in 2019) has not yet responded to husband Kanye West’s controversial comments on Planned Parenthood and being an anti-vaxxer

However, Kim, 39, has supported Planned Parenthood and been seen to be pro-vaccine in past episodes of Keeping Up with the Kardashians, actions that now stand in direct opposition to Kanye’s beliefs.

Back in 2017, Kim met with Sue Dunlap, the president and chief executive of Planned Parenthood Los Angeles in an episode of Keeping Up with the Kardashians, in order for her to form an opinion on the organization and its services.

‘The perception of Planned Parenthood is that it is an abortion clinic; that is nothing what it is like,’ enthused Kim in the episode, praising the group, while her sister Khloe stated that was pro-choice.

Kim added: ‘Hearing that first hand [women’s stories] really made it real for me.’ She later posted about the experience on Instagram saying she stood with Planned Parenthood. 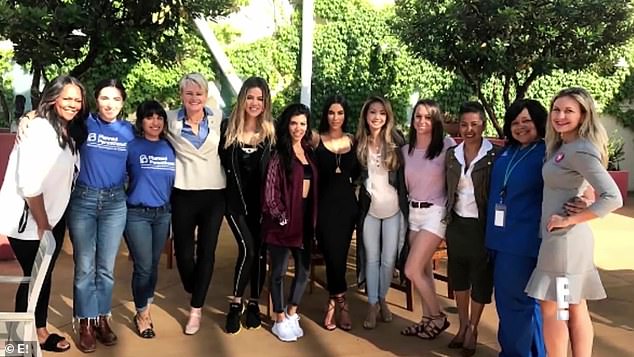 Advocate: In 2017, Kim and her sisters Khloe and Kourtney visited Planned Parenthood Los Angeles and she later endorsed the organization saying ‘I stand with #PP’

Adding: ‘They are such an amazing place that provides so much to so many! #istandwithpp.’

On his anti-vaccination stance, Kanye told Forbes on Tuesday: ‘It’s so many of our children that are being vaccinated and paralyzed… So when they say the way we’re going to fix COVID is with a vaccine, I’m extremely cautious.’

The rapper also claimed that he had COVID-19 in February this year and took hot showers and watched instructional videos to treat himself. He then referred to any potential COVID vaccine being a ‘mark of the beast.’

But in a 2013 episode of KUWTK, Kim took her whole family to get Tdap vaccines, that are used to protect against whooping cough.

Kim was seen encouraging her sisters to get the vaccination otherwise they wouldn’t be allowed her daughter North, who was a baby at the time. The episode was shown before the whooping cough epidemic in California in 2014.

‘Isn’t he a billionaire?’ Kanye West slammed by Sharon Osbourne for taking PPP